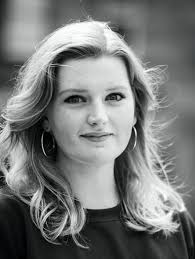 A graduate of the University of Edinburgh in English Literature and French, Georgie Malcolm now works full-time in publishing in Oxford, but enjoys a busy schedule of singing engagements alongside this, with a mind to the possibility of pursuing music professionally in the future. She continues to study singing with Christine Cairns.

Georgie has performed recitals in Oxford, Salisbury, Chepstow, Chester, and as part of the Edinburgh Fringe Festival, and has sung solos at Poole Lighthouse, St John’s Smith Square, the Sheldonian, Oxford, and as part of the English Music Festival at Dorchester Abbey. She enjoys performing across a range of styles, recently tackling the jazz soprano solo line in a performance of Will Todd’s Mass in Blue.

As well as singing as a soloist, Georgie performs widely in choirs and consorts – including the Sarum Consort, the Newman Consort, and the Oxford Bach Soloists – and has previously held scholarships with the Scottish Chamber Orchestra Chorus and the choir of Somerville College, Oxford.
Tickets available from link below, on door, from 07775 904626 or from players.