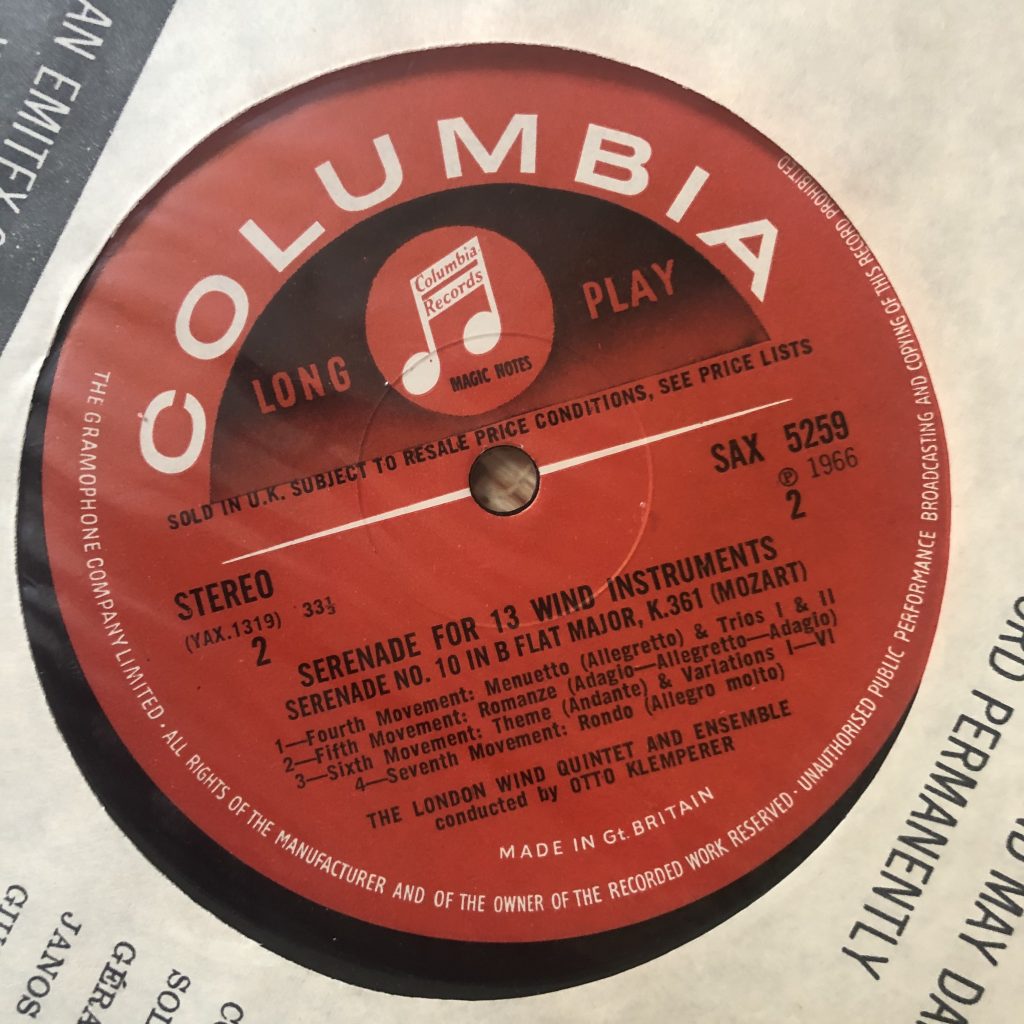 Mozart Serenade in B-flat major, K. 361 (“Gran Partita”)
Wolfgang Mozart struggled to free himself from his father’s shadow. If Leopold Mozart was around today, we might call him a “pageant dad,” keeping a busy, lucrative schedule for his son and living vicariously. But for the young Mozart, the European tours and coveted court position in Salzburg were unsatisfying—at times even insulting.In his twenties, Mozart set out for the artistic promised land of Vienna, burning bridges with patrons and his father behind him. In a few short years, he came into his own as a freelance composer, husband, and father.

The Serenade was written during this new period of self-determination. At the time, “serenade” was a moniker for party music, something light, consumable. But Mozart’s is deliberate and nuanced.There are a few clues to this Serenade’s difference even before the music starts. For a composer known to write at top speed, the manuscript appears unrushed, like it came from a careful stretch of writing.There’s some debate as to whether Mozart intended the subtitle “Gran partita” (grand suite), but in either case it is unique among his works. One more clue is the unexpected ensemble, which is roughly twice the customary size for this genre.

Largo—Allegro molto: A distinguished curtain-raiser, calling your attention away from spoken conversation and into musical conversation.
Menuetto: A graceful dance, with a dash of spice for good measure.
Adagio: “So wonderful, so mysterious that it has you thinking ‘What will happen?’ It’s a magical, ceremonial moment,” wrote the celebrated composer and conductor Pierre Boulez.
Menuetto: Allegretto: Another dance, this time upbeat and chipper.
Romanze: Adagio—Allegretto—Adagio: Brief excitement flanked by long, deep breaths.
Thema mit Variationen: A playful walk in the gardens.
Rondo: Allegro molto: A burst of motion. Serve the coffee, gather the coats, get the guests on their way!