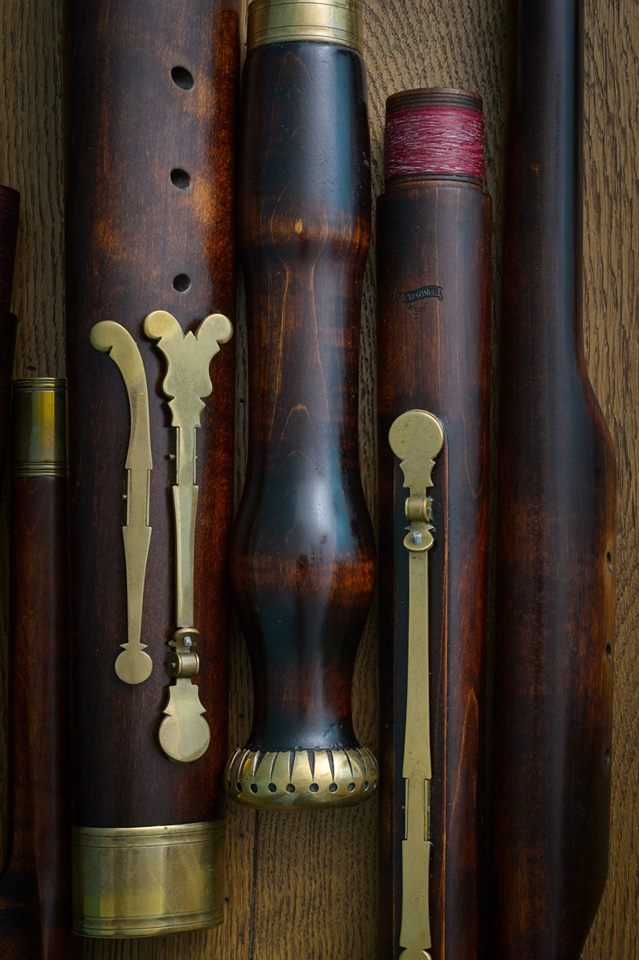 A visit to the renowned collection of baroque and classical bassoons, curated by the late William Waterhouse.  At the invitation of Elisabeth Waterhouse.

The visit is free, we would just like to have some idea of numbers attending.  Please email Simon Payne or call 07775 904626

Speakers include
James Kopp, author The Bassoon (Yale University Press), on the history of the instruments.
Meyrick Alexander, ex principal bassoon of the Philharmonia and  Head of Woodwind at the Royal Welsh College of Music and Drama, will talk about about British bassoonists before 1950 and the changeover from the French to German system.
Philip Tarlton, a William Waterhouse student, who later played in the Welsh National Opera Orchestra and the LPO will give a talk on reeds, in particular new ideas from Mordechai Rechtmann.
Mathew Dart will talk about the making of baroque and classical instruments. Mathew has been making copies of historical bassoons and flutes in his London workshop since 1985.

Oliver Ludlow from www.DoubleReed.co.uk will exhibit.

There will be a play through at the end.

DIRECTIONS to Whittall
FROM LONDON
M40 to Oxford exit 9
A40 round Oxford and on to Witney bypass)
On to Burford – bypassing Northleach – on towards Cheltenham
At some point there is a bit of dual carriageway – straight over the lights
Straight on to the next lights at ANDOVERSFORD and continue as below.

FROM ANDOVERSFORD on the A40.
At the traffic lights at Andoversford take the A436 to Stow.
Then, very soon first left to Brockhampton. You go under a bridge – keep left through Syreford, past a Quarry and round a Corner – then take steep Right turn ( there is a small grassy triangle) to Whitehall –  up a hill. This goes for about 2 miles – past 2 cottages and farm, straight on past a right turn and ‘no through’ sign,  til you reach Whittall Cottage and Barn (Whitehall –  same thing) – (two gables) on the left hand side of the road.